The RAMI competition is organized in the framework of the METRICS project (Metrological Evaluation and Testing of Robots in International Competitions) and aims at addressing Inspection & Maintenance tasks achieved by aerial and underwater robots in risky and/or hostile environments where human intervention is challenging or impossible, where direct link with an operator could not be guaranteed and where autonomous decisions are necessary to reduce operational time of the inspection tasks and ensure repeatability while maintaining an appropriate safety level for the mission. The evaluation process of RAMI competitions mainly involves tasks related to autonomous navigation, data acquisition, detection, classification and autonomous decision-making for inspection purposes. Since aerial and underwater domains are very different, both domains will be evaluated separately in two different tracks.

The RAMI Physical Campaign for Marine Robots 2022 has also been an ERL Emergency Local Tournament on the ERL Emergency Robots (ERL-ER) Season 2021-2022.

The competition was held in the CMRE seawater basin, offering the competitors a realistic setting.

Teams did use data collected during the TBMs to produce outputs to be evaluated for three FBMs:

1 underwater robot is needed for each TBM. The robot needs to be capable of navigating in unstructured environments, sense the environment with optical and acoustic sensors (for underwater) and manipulate valves and other objects.

Best team SAUC-E award (best results on the rankings of the three TBMs – in case of draw the award is given to the team with the best presentation): AUV Team Tomkyle

Student vouchers from Breaking the Surface sponsor were given to AUV Team Tomkyle and UNIFI Robotics Team. 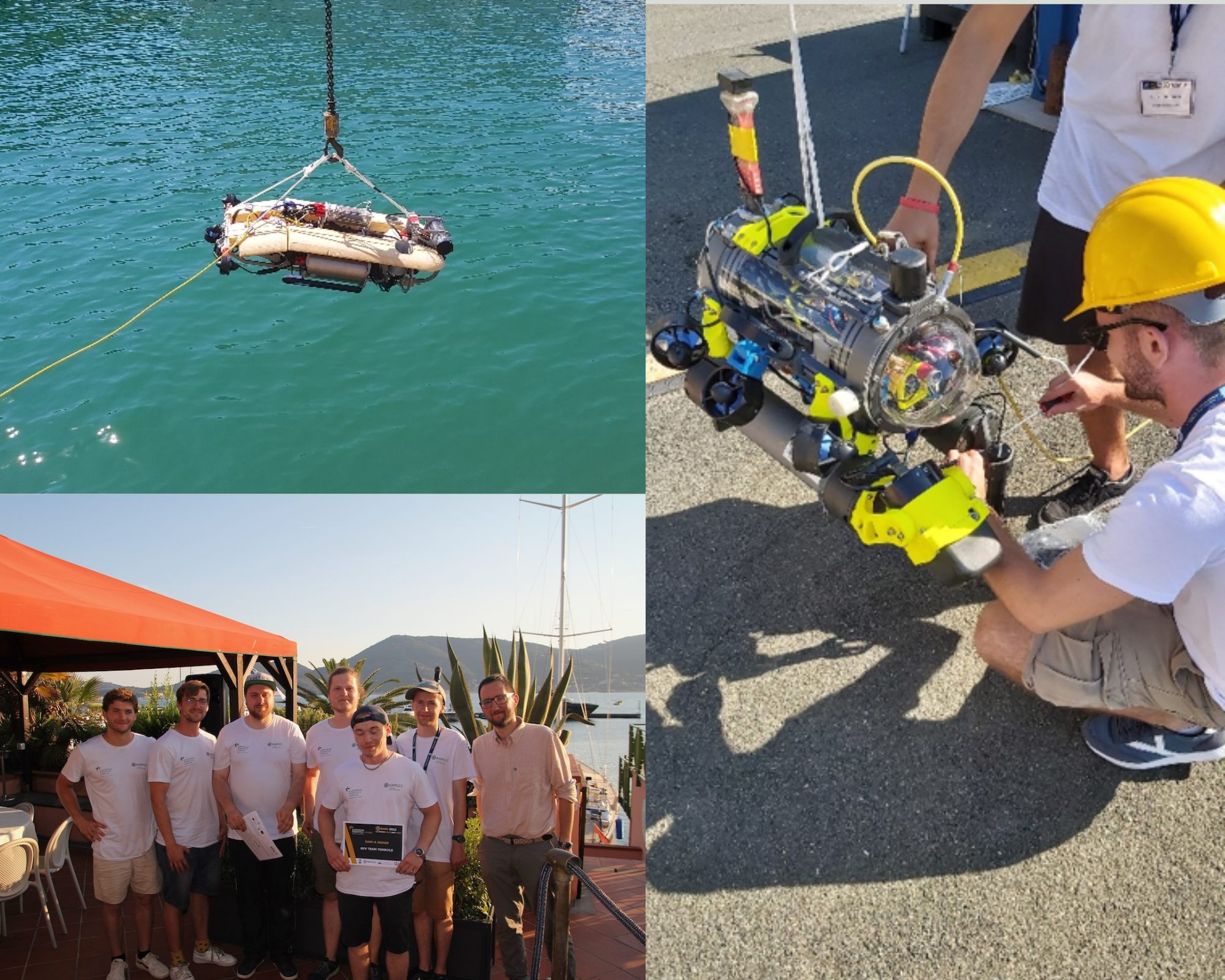 Due to the current situation, dates and information regarding the competition may change.

Breaking the Surface conference will provide three free student registrations for the winner team, and one for the second team in the ranking.

Blue Robotics will provide one Ping Sonar Altimeter and Echosounder as a special award.

Any communication activities of the METRICS Project reflect only authors’ view and Commission is not responsible for any use that may be made of the information it contains.